Even young children can become angry in certain situations. Where does the anger come from? For parents, the main question is: What is my child trying to tell me?

Parents are delighted when they catch their baby smiling for the first time. This new communication between the baby and its primary caregivers makes hearts beat faster.

But what about anger? Can babies get angry already?

In fact, anger can be seen on babies' faces as early as the end of the second month of life. As early as 1993, university professor Michael Lewis was able to gain exciting insights in an experiment with eight-week-old babies. In one study, Lewis had attached a string to babies' arms. When the babies pulled on it, something interesting happened. For example, a friendly picture suddenly appeared in conjunction with a melody. The babies quickly understood the connection between their arm movement and the picture and repeated this with delight. But Lewis wanted to know how the babies would react if no exciting event occurred for them after the string was pulled. How will the babies react? Will they lose interest and turn away?

No, on the contrary, they get angry and pull the string with more force than before. Their anger therefore has a purpose and the goal is to restore the previous event through the force of anger.

If they then see that their pulling causes the previous melody to sound again and the picture to become visible, the anger changes and joy appears on the babies' faces. So the babies are first frustrated that something beautiful is changing and then react in anger. 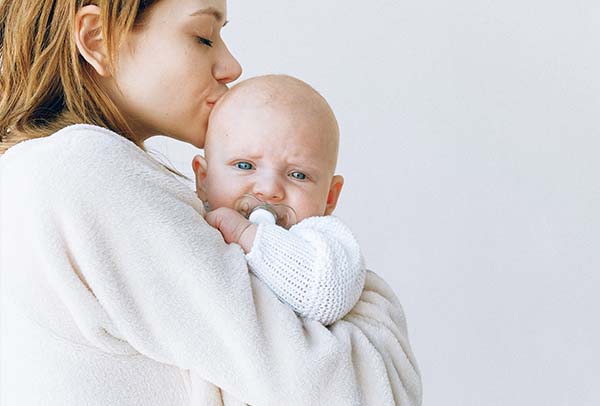 The anger is not at all hostile or "evil" as we are quick to assume, but serves as self-assertion even in children so young (cf. Lewis 1993). The exciting thing is that children already feel at such a young age, i.e., at about two months, that they themselves can make a difference.

So what if the melody and the picture just appear and disappear? How will the two-month-old babies react? Interestingly, in this case, they are not upset because they cannot influence the outcome. With slightly older, four-month-old babies, on the other hand, things are different. They clearly complain and show frustration about this loss of the image (cf. Lewis et al. 1990). Martin Dornes writes, "Apparently, it frustrates the infant sooner when a gratification he can bring about himself ceases to occur than when a gratification he has no control over occurring fails to occur." (Dornes 2013, p. 261). If they have no influence on it, they are more likely to show withdrawal or even fainting after previous effort, signs that could also be interpreted as fatigue. Older babies tend to become more active and frustrated in this situation.

My baby is scratching me, is he doing it on purpose?

With increasing age, increasingly from six to eight months, we can observe children who start biting, scratching or even pulling the hair of others even without the expression of anger. We can assume that this is done out of interest, but not to harm something or someone. Such behavior is usually always due to the desire to discover. If we interpret it as maliciousness, we do the children an injustice. With increasing age, the need for autonomy also grows, which is still often referred to as defiance. This is about children trying out their need to do things for themselves and to act independently. If we want to protect them from danger and set a limit for the child, she reacts (depending on her temperament) with anger. This usually passes when the child no longer feels restricted or has directed its interest to something else.

How do I react to my baby's anger?

If we perceive annoyance in babies and toddlers, instead of denying them their feelings, we may always ask: Where does the anger come from? What does my child want to tell me with it? As a rule, they always fights for themselves and express: Listen, I feel (e.g.) restricted and want you to perceive my needs. Or: I was just quite interested and explored the object and now it's gone, I want to move on!

From the beginning, children strive for self-assertion and want to express their own needs and depend on caregivers who recognize and respond to them and regulate their feelings (cf. Hohmann 2021)! 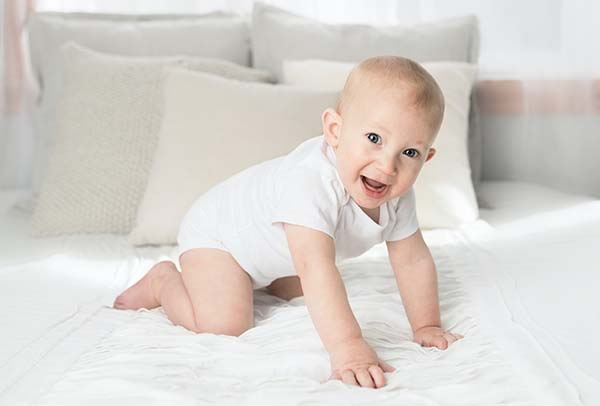 Kathrin Hohmann is a childhood educator (M.A) and author. Since 2015, she has been writing about mindful guidance in childhood on her blog www.kindheiterleben.de and on Instagram @kindheit_erleben, as well as professional texts for various portals. In February 2021, her first book was published: "Together through the rage. " (in edition claus Verlag) and in summer "Accompanying children in a mindful and needs-oriented way" (in Herder Verlag). For the Institut für frühe Bildung (nifbe), she regularly goes into conversation with experts for the podcasts. 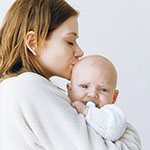 Do you have any more questions? Then contact us!